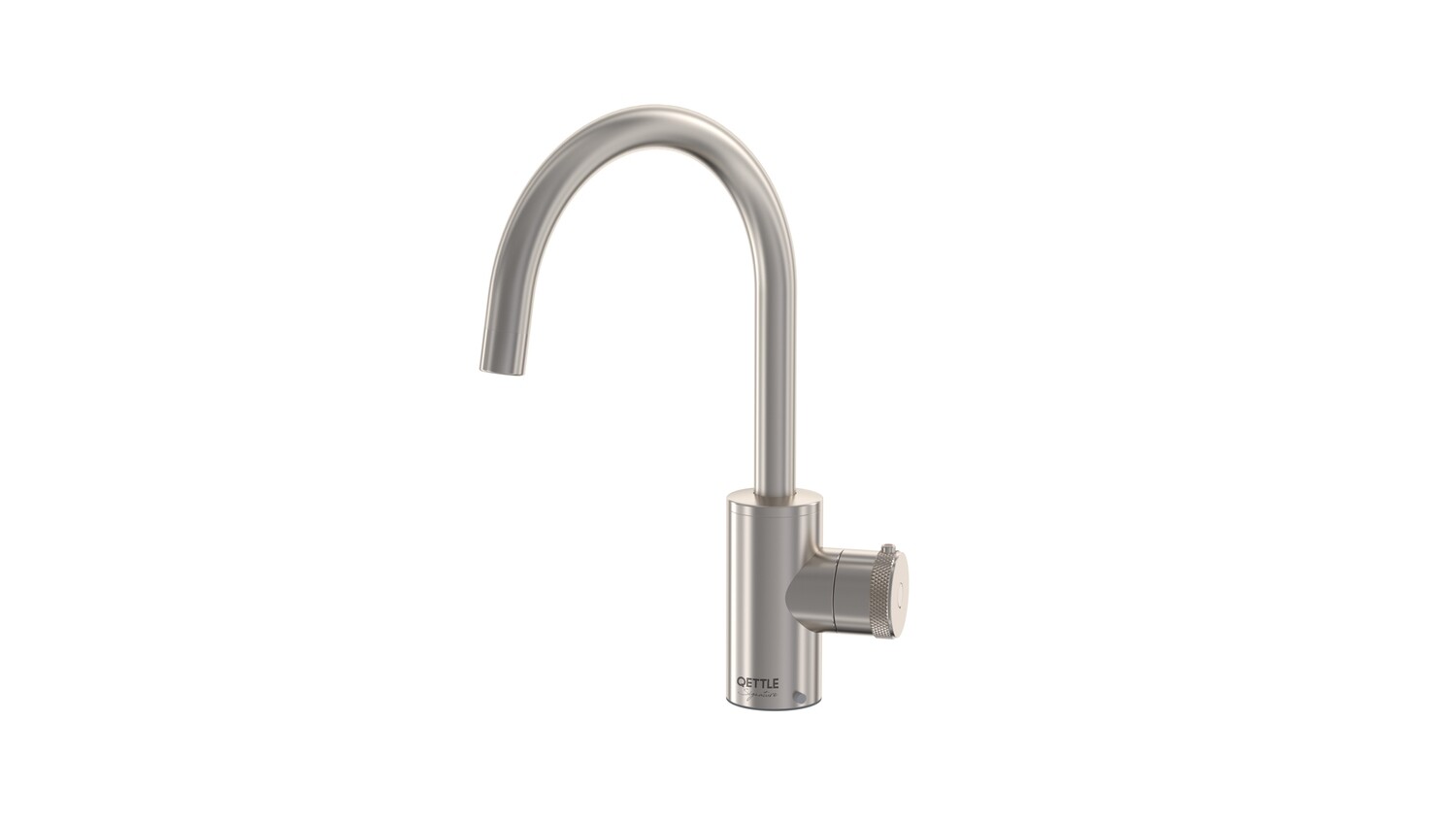 Pioneering outstanding product design is what we have done for over 40 years. We are proud that QETTLE’s patent – the first for a mechanical, 4 in 1 kitchen tap – has been globally granted.

QETTLE Signature Mini couldn’t be safer or simpler to use. When it’s in place, the red safety clip makes accessing boiling water impossible. But remove the clip and precise action is still required to make that cuppa. The button on the handle must be pressed down at the same time as the handle is turned.

For filtered drinking water, simply turn the handle towards you. There's no need to remove the safety clip, so everyone can fill up and go safely.

Ideally, there should be 100mm between the back of the tap and the windowsill or upstand. This is to ensure your QETTLE’s lever handle can move freely. But don’t worry if this space is not available. We can fit your QETTLE with a progressive valve – it won’t change its appearance – but it will mean your tap’s handle won’t collide with the windowsill! Just tell us when you’re placing your order.

Forget finding space in the fridge for bottled water or a filter jug and get chilled, filtered drinking water straight from your QETTLE tap. The QETTLE Chiller cools your QETTLE’s flow of filtered drinking water to 3-6°C, and provides up to 9 litres of chilled water per hour. The QETTLE Chiller fits neatly under the sink, alongside the QETTLE boiler tank and is simple to install – whether part of a new QETTLE installation or retrofitted to an existing QETTLE.