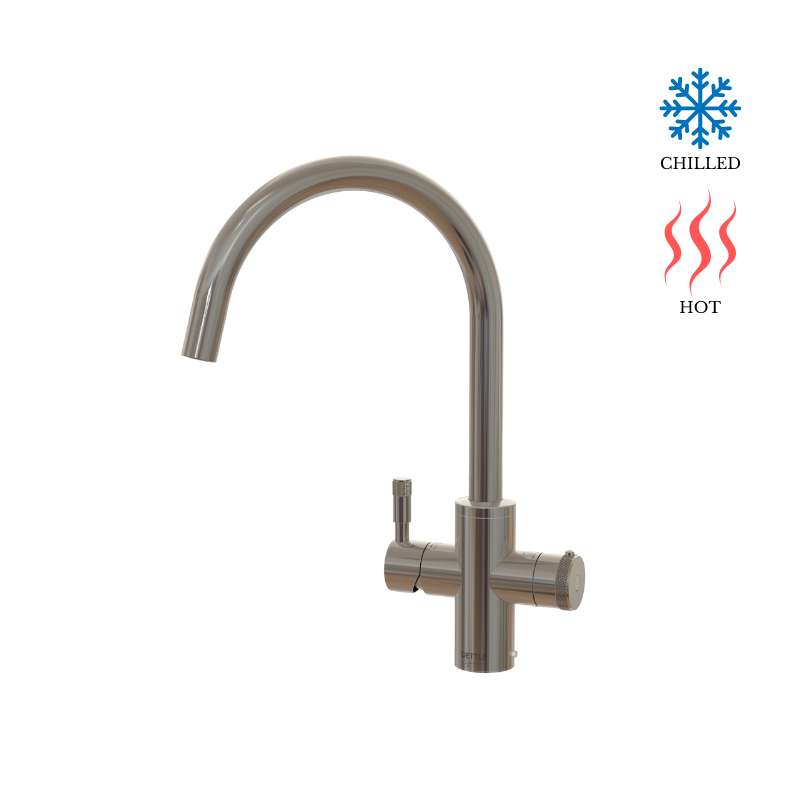 Pioneering outstanding product design is what we have done for over 40 years. We are proud that QETTLE’s patent – the first for a mechanical, 4 in 1 kitchen tap – has been globally granted.
——–

QETTLE is surprisingly simple. Underneath the sink, there’s a compact boiler tank and a filter system. The efficient, insulated tank maintains its volume of water at 100°C. The filter system removes unpleasant contaminants such as chlorine from the flow of drinking water, whilst also minimising the damaging effect of limescale on the boiler tank’s element. 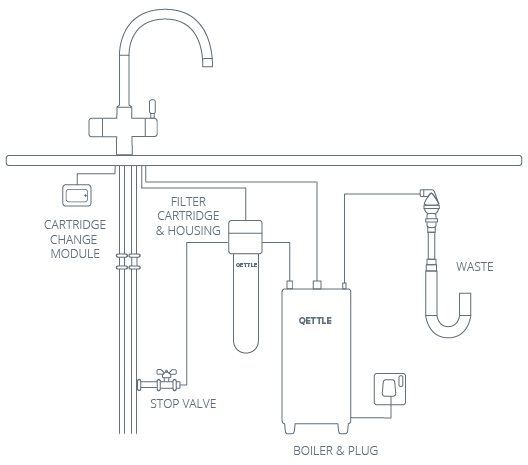 Forget finding space in the fridge for bottled water or a filter jug and get chilled, filtered drinking water straight from your QETTLE tap. The QETTLE Chiller cools your QETTLE’s flow of filtered drinking water to 3-6°C, and provides up to 9 litres of chilled water per hour. The QETTLE Chiller fits neatly under the sink, alongside the QETTLE boiler tank and is simple to install – whether part of a new QETTLE installation or retrofitted to an existing QETTLE.